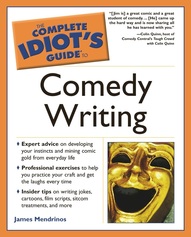 Comedy is serious business-and serious money. In The Complete Idiot's Guide to Comedy Writing, comedian, writer, and teacher Jim Mendrinos explains the principles of comedy and how to apply them to forms from stand-up to sitcoms- including fiction, film, speeches, articles, essays, and more. He also includes exercises designed to hone the craft, break through writer's block, and tailor a piece to its intended audience. The book is available on Amazon.com. 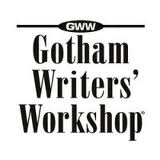 Jim Mendrinos has numerous production and writing credits for television, including "USA Presents: The Problem Child," "Hispanic-Americans -- the New Frontier," a four part documentary hosted by Jimmy Smits, "Comedy Compadres" (KTLA), Late Night With David Letterman, The Tonight Show, and The Joan Rivers Show. He is the creator of the sitcoms MAX, King's Castle, The Yuk Hut (optioned by f/x, WB, Fox), and creator/writer for Comedy USA TV (developed by Sony Pictures). His screenwriting credits include Revolutions, All For Passion, The Havana Heat, Subway Romance, and Poet's Café. His theater credits include The Lighter Side of Death and The Yuk Hut (shown at the first New York Pilot Season). His comedy shows have been produced at Surf Reality and the Westbank Café in New York City. He appears regularly at the Comic Strip in New York City and he is the founder/writer for the Tuxedo Crossing sketch group. He holds a BA from Baruch College.